Stream Of Consciousness
#Americans, #books, #death, #democracy, #dinner, #forever, #admin, #My Husband, #bipolar, #emotional, #Facebook, #Social Media, #mental, #obscure, #dreams, #South, #Asians, #weight, #Pagan, #technology, #first world problems, #Jesus, #Christian, #police, #My Favorite
Sort by Newest Comment
Posted by: anonymous
2022-12-22 23:35:56
ID: 68605
After talking about it for several years, three years ago I convinced DH to sell our home of 20 years and move to a sunny climate 1000+ miles away. For the past 2 weeks I’ve been so depressed. I want to see my kids and grandkids whenever I want, go see my elderly dad when he’s having a bad day, and most of all, I want to have chaotic Christmases like we used to have in our old house. Putting on a fake smile is SO exhausting.

comments(0)
Posted by: anonymous
2022-12-20 00:59:53
ID: 68602
Dear every business that ever existed, Just because I bought one thing from you one time does not mean that I want to get emails from you every day for the rest of my life. Please stop. Sincerely, Everyone

comments(0)
Posted by: anonymous
2022-12-19 23:50:02
ID: 68600
Today just fucking sucked. People, plural, as in more than one, just not doing shit they were supposed to do and then like, "On vacation until January." Some are just irritating, like work stuff. One involves a surgery for my daughter which may not happen now because someone didn't submit the paperwork they were supposed to AND I have email of her saying she would do 2 weeks ago, which was already late. If it's rescheduled for after Jan 1, I pay $$$ b/c deductible starts fresh. Another is a college professor who f-ed up uploading grades and then left the country for vacation. I need to submit those to my employer by Dec 31st to be reimbursed for the class. So that may cost me $2000. BTW-school admits he screwed up, but they can't reach him and he's the only one who can fix it. FML

comments(0)
Posted by: anonymous
2022-12-19 01:54:15
ID: 68599
I don't get why you would send my deposit to Cash app when: 1) I've only sent you payments using Zelle 2) You never asked me for my app handle or communicated before sending money, but randomly sent screenshot of having sent money 3) Surprise, surprise it didn't arrive. Who knows who you sent it to. Now waiting for her bank to credit funds before she can return my deposit,. Never had issues with a landlord returning my deposit before. All of this could have been prevented if she just simply texted a heads up before acting so quickly. I guess drama doesn't end with landlord. Sigh.

Moving out today! Ironically, my relationship with landlord has been great recently. We chatted a lot yesterday and gave some blankets to a homeless man in our area. She even shared really sad stories about how hard her life has been. I have more compassion for her now. Doesn't excuse the way she treated me at times, but I can understand her more now. Glad I'm leaving on good note with no anger.

Maybe you need to STFU!

hug(1)
Chit Chat Confessions Blog
Get help for yourself or give help to others: 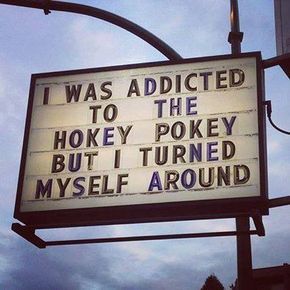